Just heard that I won the Stellar Dawn art competition, hosted by online games company Jagex, to promote their upcoming sci-fi MMORPG. The brief called for an illustration inspired by the tidbits of info and artwork that have been released so far. My entry depicts a damaged mech, lost and seemingly alone in a vast alien forest...

I submitted the entry under dodgy forum name "U1tral33t", which I had chosen at random a while ago  when I needed a login name to play their fab games. Didn't think it would become public! Oh well. 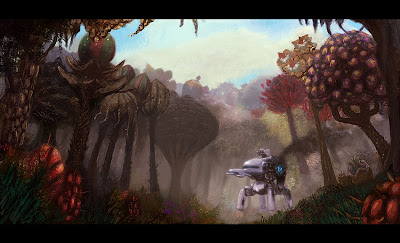 For extra brownie points I imported the Splash Damage 3D model into the Unity 3 game engine, and set it up with collision detection, physics and lighting.

The free version I'm using doesn't give you the real-time lights necessary for simultaneous shadow and normal mapping, so I've included shots of the model running in separate modes below. 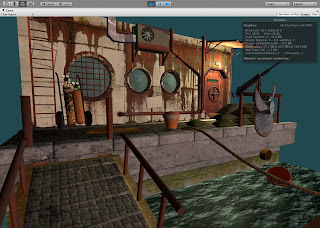 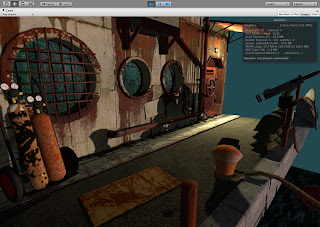 Been brushing up the old 3D skillz recently, to add another string to my bow. FPS favourites Splash Damage had an Environment Art Test posted on their site, so I thought I'd have a go. Modelling in Maya was straightforward enough, but I had to do a little reading up on UV-mapping, and creating normal maps.

Anyhow, once it was finished and lit nicely I was well pleased with it. Screenshots below. 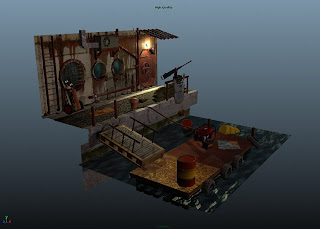 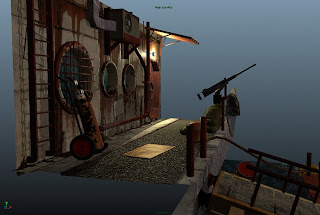 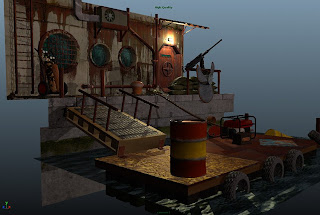 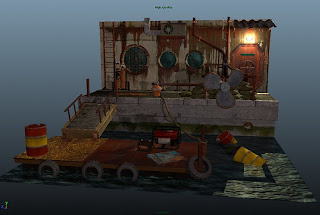 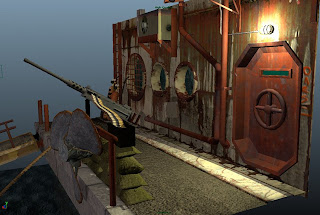 I applied to for a concept design position at Jagex, and they got back to me with an Art Test featuring several briefs: create a variety of thumbnail designs for a water-magic using creature called "Slayer", developing one to a high standard; visualise a crypt from supplied floorplan; create a page of props to fill out the Crypt.

My final submission is below: 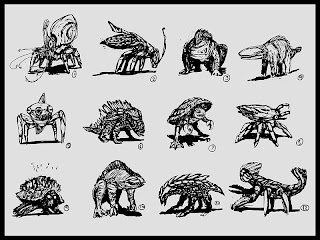 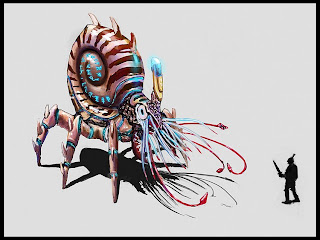 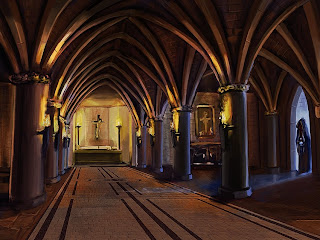 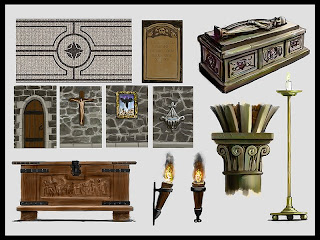 The illustration in it's finished form. I decided to put the vehicle in a open setting, to keep the emphasis on the design. Putting the rider outside gave a clear view into the vehicle and simplified the process of finding a good viewpoint.

My final door design keeps the silhouette unbroken, whilst providing a practical way to exit the vehicle from either side in a crash (necessary in something compact, narrow and enclosed). Although such practicalities aren't strictly necessary in a virtual design, I feel they help to sell its plausibility.

The second picture shows the Maya model set up for paintover; the last image demonstrates how the design leans into a bend. 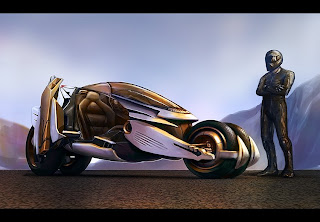 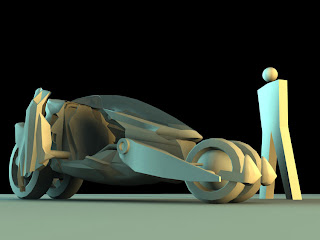 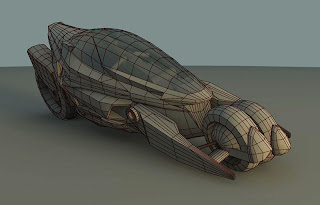 Developing a beauty shot for the quad

Trying out a new technique here, making a simple 3D model then doing a paintover. Haven't done any 3D modelling for years, and since I've switched to a Mac since then, I'm unable to run 3DS Max. So I'm using Maya 2010, which is great, but I'm having to hit the tutorials to find where everything is. Unlike my previous 3D modelling for games, though, which required super-neat surface topology, here I can just group objects together and use as many or as few polygons as I like.

I've been through tons of variations to work out how the canopy opens, as I want the final shot to include a rider, which will be difficult if he is fully enclosed in the vehicle. The shell needs to split somehow to allow the rider in and out, and if possible to still allow this with the vehicle on it's roof or side following a crash. Trapping the rider would be a bit of a design flaw in a compact, enclosed machine. I want to find a way that doesn't totally destroy the silhouette when open though. 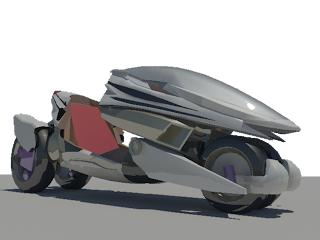 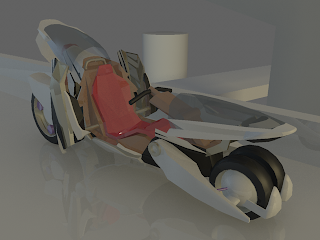 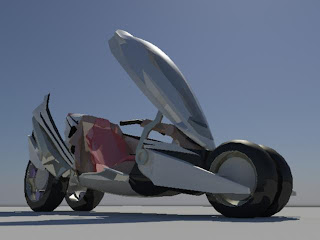 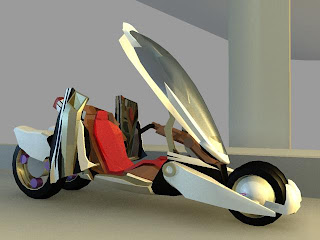 Cutaway of the tilting quad

To work out the scale of the design relative to the rider, and because I love cutaway sections:

Decided to go with a sleek, enclosed, leaning vehicle with four wheels... 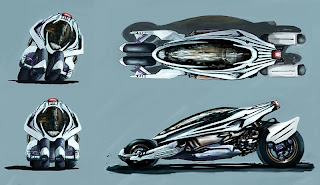 Know I want to design a vehicle of some kind, but not sure what yet. Here are some sketches. 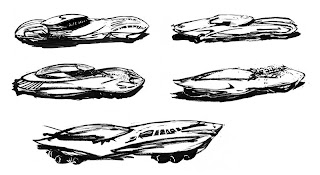 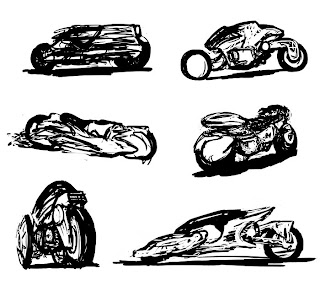 Some recent doodles with my Pentel brushpen. 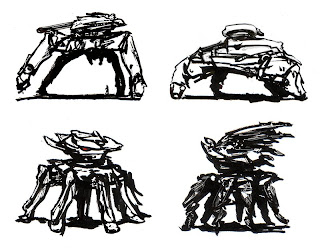 A vast future city. My main aim was to create an atmosphere of scale. The lighting suggests late afternoon, as dusk approaches. 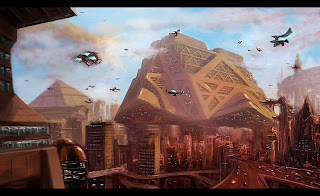